In the complicated world of Medicare, companies known as MACs (Medicare Administrative Contractors) actually run the business of Medicare payments and also set policy (under defined rules) as to what procedures are covered in their area of control.

One such company, Novitas, is currently seeking to limit access to vertebral augmentation or kyphoplasty, a life-saving procedure that has been around for decades. It’s no surprise that the company Novitas is actually owned by Blue Cross & Blue Shield of Florida, a private insurance company. This company controls and profits from the administration of Medicare services in the following states: Arkansas, Colorado, New Mexico, Oklahoma, Texas, Louisiana, Mississippi.

I’m not going to dive into Novitas and the scary world of the overlap of private and public healthcare administration. I’m mostly going to stick with the procedure at issue and the crazy-wrong proposed changes. If you want the links to comment on this proposed LCD, you can skip to the end of the article.

Kyphoplasty has been around since the turn of the millennium. It is, quite simply, the closest thing we have to a miracle cure for a condition in spine. It is a minimally invasive procedure with a tiny incision that uses a mechanical device to create a cavity in the fractured bone, and then bone glue (polymethylmethacrylate) is injected to stabilize the fracture. So in a way, it’s like putting a support structure or cast inside the vertebral body.

The success of kyphoplasty lies in how well it works, how minimally invasive it is and recovery time. The medical literature estimates from controlled studies tend to run in the 93-95% success rate. There is simply no other spine procedure in medicine with that type of success rate for patients in severe pain. The incision is less than a quarter of an inch because the procedure is done entirely through a needle smaller around than a number 2 pencil. As a result recovery time is minimal because from the patient’s perspective it’s more like a minor biopsy than a surgery.

Furthermore, the pain relief comes with an extremely low complication rate. Estimates of significant complications run in the 1 in 3,000-6,000 range in most studies.

As a result, kyphoplasty/vertebral augmentation is the single most well-studied procedure in spine. There are around 2,000 English language peer reviewed articles. In these, there are absolutely no well-designed, randomized controlled studies that show kyphoplasty doesn’t work.

As with any new procedure, there has been some debate with success rates in the early literature as best practices have been developed. The longer this procedure has been around, it has become apparent that the majority of perceived failures of kyphoplasty are due to inexperience by the evaluating or treating physician. Most commonly this is due to either missed diagnosis or technical error. For example, a doctor who uses imaging to diagnose the fracture and does not examine the patient can easily treat the wrong level or leave other fractures untreated. One of the most common technical problem leading to perceived failure of kyphoplasty is not injecting enough bone glue, a common problem with a related procedure, vertebroplasty.

There is some confusion in the literature because a pair of poorly designed and since downgraded studies were published in the New England Journal of Medicine in 2009 by Buckbinder and Kallmes. These studies only looked at vertebroplasty and not a kyphoplasty. Part of the problem with the studies is that many of the patients assigned to not have vertebroplasty ended up deciding to have it, but it didn’t go the other way. That really fudges the scientific validity of the statistics in a problem called “cross-over.” Cross over was so one-sided (from suffering with no pain relief to having vertebroplasty) that it doesn’t take a genius to see which patients got pain relief. Moreso, the authors proportedly used a placebo ‘sham’ procedure which was NOT a sham procedure.

Most opponents of kyphoplasty will refer to the NEJM articles, but these studies did not look at kyphoplasty, only vertebroplasty. Further, neither study showed that vertebroplasty was ineffective or worse than the ‘placebo.’

After the NEJM articles were published, there was a steep drop in the number of these procedures being done. This resulted in more patient deaths. Two key studies, one in 2017 and one in 2019 proved that kyphoplasty saves lives in the Medicare population.

In 2017, Kevin Ong et al did a deep dive on the results of this effect in an article published in Osteoporosis International titled “Were VCF patients at higher risk of mortality following the 2009 publication of the vertebroplasty sham trials?” In this study, they looked at the entire CMS (Medicare) dataset. They identified over 2 million patients who were diagnosed with vertebral fracture. What they found is a significant drop in the number and proportion of patients treated. This was associated with statistically significant increase in deaths in these patients.

Furthermore, in looking at the entire dataset, they found that the 10 year survival rate of patients diagnosed with a vertebral compression fracture was only 15%. That is, 85% of these patients will die in the next decade. Those who were treated with kyphoplasty had a 19% lower risk of death.

In December 2019, Hirsch, et al, published a groundbreaking study in the American Journal of Neuroradiology entitled “Number Needed To Treat With Vertebral Augmentation To Save A Life.” This study looked at the 10 year dataset and compared mortality of untreated patients and patients treated with kyphoplasty or vertebroplasty. What they found was astonishing and no seen in any other spine procedure that Medicare covers.

The Hirsch paper found that for every 15 patients treated with kyphoplasty, one life was saved in the first year. At 5 years, that number was just 12 kyphoplasties to save one life. That means that not only is kyphoplasty a clear-cut life-saving procedure, its benefit improve with additional time after treatment.

For 3 decades, the clinical practice has been to treat VCF with kyphoplasty based on symptomatology as determined by physical examination. This is a highly successful (95% success rate) procedure with a very low complication rate (significant complications in the 1 in 3,000-6,000 range) that has significantly improved pain, function, quality of life and has extended the life of millions of osteoporotic patients worldwide.

As a result, vertebral augmentation is the single most well studied procedure in spine. There are around 2,000 English language peer reviewed articles. In these, there are absolutely no well-designed, randomized controlled studies showing inferiority or non-superiority of balloon kyphoplasty relating to sham or placebo. As such, including vertebral augmentation with cavity creation in what appears to be an LCD directed to vertebroplasty is inappropriate. They are two clinically distinct procedures with overlap.

The requirement of a panel consensus is unheard of in routine practice. Most patients have difficulty even getting it to be seen by a specialist performing this procedure in six weeks and often waits for specialists including neurologists can be up to six months. There is no logical reason for this change. There is no such requirement for spinal fusion or so-called spinal cord stimulator placement although these are highly more invasive, life changing and more expensive procedures.

These requirements, if they go through, would provide an impediment to treatment in this life-saving procedure.

The requirement for periosteal injections is completely unfounded in the literature. In my decades of experience with vertebral augmentation, I have never known anyone to use periosteal infiltration for pain from vertebral fracture except in the ICU setting. It’s just not appropriate, and it doesn’t work. It gives only short-lived pain relief and increases costs unnecessarily.

Most significantly, the proposed restriction to treatment in the first 6 weeks after injury further places an undue and unrealistic burden on the patients themselves. Most patients are unable to get in to see a provider who accepts Medicare and performs the procedure within the 6 weeks. A typical scenario is an elderly patient who lives alone and suddenly is forced into immobilization without a caregiver at home. These patients have difficulty getting to appointments and arranging a driver.

The even bigger problem with this proposal is timing. In best practice, almost every VCF patient should have some period of conservative care prior to kyphoplasty. This proposed time restriction will limit providers from giving additional conservative care and will likely have an unintended consequence of creating an artificial ‘race against the clock’ to fix a fracture – resulting in unnecessary procedures.

Lastly on this point – and most significantly – the literature shows there are no outcomes tied to timing of a fracture that have ANY STATISTICAL SIGNIFICANCE (see Rand/UCLA criteria).

If the proposed LCD goes into effect as is, it will result in the following:

Lastly, many of my fellow physicians were shocked that another MAG, MGS, unilaterally pushed these changes through reversing completely what they had agreed to in a conference call with providers in 2019. It certainly makes it look like there is a purposeful move to exclude treating physicians from decision making process.

So what is at work here? It’s hard to know, but there is one possibility that particularly concerns me as a physician as a US citizen. Private insurance companies administer MACs and this LCD goes along with trends that we have seen private payors forcing through. Given the out of touch verbage in this LCD and the decision by MGS to completely ignore the consensus agreed upon in the conference call, this suggests a corrupt process and blatant disregard for lawful administrative procedure.

Basically, is seems that these companies are trying to ramrod these changes through against the advice of physician experts and the only reasonable explanation for that is corporate profits. Given the overlap in ownership interests between the private companies and MACs, this suggests a blatant attempt to limit access to this life saving procedure for purely fiscal purposes.

I hope that my suspicions about the private payors are wrong, but I believe in trust and verify.

Novitas is currently in the process of accepting public comments on this proposed change. If you or a loved one have osteoporosis, have received life-saving kyphoplasty or are concerned with what these limits might due to your neighbors, I would encourage you to comment during this public comment period. Feel free to use any of the wording or points that I have used, although it will mean more if you use your own words. 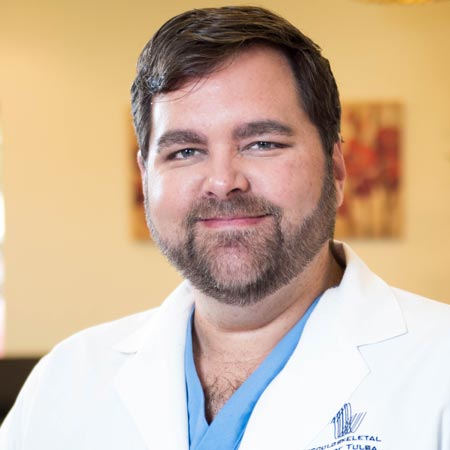 Dr. James Webb is a board certified musculoskeletal radiologist who specializes in osteoporosis treatment and interventional pain management in Tulsa, Oklahoma.